Those who Seek, shall Find

(Maulana had actually given his last mass Suhbah on the 20th of October 2010, where he called upon humankind to become Divine Ones, Robbaniyyun. This Summary is for an impromptu Suhbah that was given in response to the shock waves that reverberated across the Naqshbandi Tariqat followers, following two shock announcements in Maulana’s landmark final mass Suhbah – that the Suhbahs were to be discontinued with immediate effect, and that arbitrary lines dividing the believers into different sects/tariqahs/ideologies no longer existed; Man is now either a Divine one or shaitanic one, there is no middle ground. The fact that the words Sufi/Naqshbandi/Haqqani/Qadiri/Salafi etc were expressions that would be replaced by that single term, Robbani, and this was to be till Qiyamat, left many mureeds and muheebs uneasy and fearful, as it heralded the approach of the cataclysmic events of the end of times. In this Suhbah dated 23rd October, Maulana appeared weak and tired, at times he looked sad and resigned.)

O Man! What has seduced you from (made you forget) your Lord Most Beneficent? Who created you, then moulded you then, proportioned you. (Surah Al-Infitaar 82:6-7)

Say: Though the sea became ink for the Words of my Lord, verily the sea would be used up before the words of my Lord were exhausted, even though We brought the like thereof to help. Say: I am only a mortal like you. My Lord inspireth in me that your God is only One God. And whoever hopeth for the meeting with his Lord, let him do righteous work, and make none sharer of the worship due unto his Lord. (Surah Al-Kahf 18:109-110)

Do they then await (anything) other than the Hour, that it should come upon them suddenly? But some of its portents (indications and signs) have already come, and when it (actually) is on them, how can they benefit then by their reminder? (Surah Muhammad 47:18) 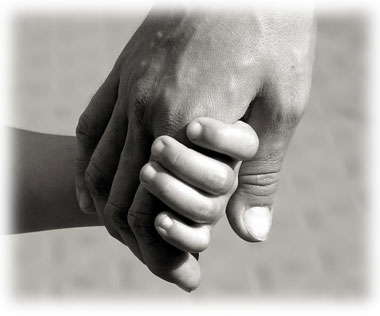 Therefore flee towards Allah; lo! I am a plain warner to you from Him. (Surah Adh-Dhariyat 51:50)

Say: “Whether ye believe in it or not, it is true that those who were given knowledge beforehand, when it is recited to them, fall down on their faces in humble prostration” (Surah Al-Isra' 17:107)

Your companion (Muhammad) has neither gone astray nor has erred. Nor does he speak of (his own) desire. It is only a Revelation revealed. He has been taught by one mighty in power. (Surah An-Najm 53:2-5)

Hence, Maulana’s Suhbahs have been via a transmission from a chain of Masters, from heart to heart, up to the beloved.

The message in this Suhbah

Have you (O Muhammad) seen him who has taken as his god, his own vain desire/lust? Would you then be a Wakîl (a disposer of his affairs or a watcher) over him? (Surah Al-Furqan 25:43)

There is nothing Maulana can do for such people, who choose to reject the message.

This Suhbah can be heard at www.Saltanat.org, and choose from the menu on the right, ‘Daily Sohbat 23.Oct 2010’. Saltanat TV is the Official Site of Maulana Shaykh Nazim that is sanctioned and approved by him personally.