This post is also available in: Bahasa Indonesia, Turkish

(This Summary will be accompanied by two other Posts, one of which will be the miners’ amazing personal experiences during their 70 day ordeal, and the other will be of Maulana being interviewed by CNN and FOX news concerning the Chilean miners’ visit. Both Posts contain information that will shock and surprise, so do stay tuned!) 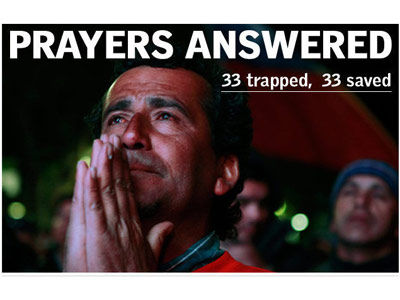 Each running (its course) for a term appointed (Surah Ar-Ra'd 13:2)

Everything has an appointed time in life. We will all face death, even this Universe will face Qiyamah. So, the tests and difficulties that assail us, also have an ajal, an end-point, after which will come relief.

But this is one of the hardest things to bear along our journey. Shaykh Abdul Qadir (qs) said, it is like night (difficulty/test/problem/suffering), which will be followed by day (relief/solution). No matter how much we pray at the beginning of the night (i.e at the beginning of our problem / difficulty / suffering), the night will only get darker and darker! We will see no help or relief, and in fact, the situation may even get worse and worse. It is at this point that many an aspirant loses hope and faith. It is said in the Quran:

Or do ye think that ye shall enter the Garden (of Bliss) without such (trials) as came to those who passed away before you? They encountered suffering and adversity and were so shaken in spirit that even the Messenger and those of faith who were with him cried: “When (will come) the help of Allah?” Ah! verily the help of Allah is (always) near! (Surah Al-Baqarah 2:214)

Even the Messenger and those in faith cried, “When will come the help of Allah?”ù We must always remember Allah’s answer, “Verily, the help of Allah is always near!”ù So we must realise that each test must run its courseÝ- you can pray a thousand raka’ats and ask Allah to make the Sun rise, but if it is just midnight, you must wait till it is morning before the Sun will rise. Allah will grant our prayers – in due time – so we must have a cheerful acceptance of Allah’s Will and Perfect Wisdom.

In facing life’s difficulties, do make your do’as, beseech Him, entreat Him, for Allah says:

And your Lord says: “Call on Me; I will answer your (Prayer): But those who are too arrogant to serve Me will surely find themselves in Hell in humiliation!” (Surah Ghafir 40:60)

Then await patiently, with complete faith in His Wisdom, Mercy and Kindness, for Allah has promised this in the Quran:

After a difficulty, Allah will soon grant relief. (Surah At-Talaaq 65:7)

And when relief has been granted, fall on your face in gratitude, remember him by saying ÝAlhamdulillah wa Shukrulillah.

Therefore remember Me, I will remember you, and be grateful to Me (for My countless Favours on you) and never be ungrateful to Me. (Surah Al-Baqarah 2:152)

But help ye one another unto righteousness and pious duty. Help not one another unto sin and transgression, but keep your duty to Allah. Lo! Allah is severe in punishment. (Surah Al-Ma'idah 5:2) 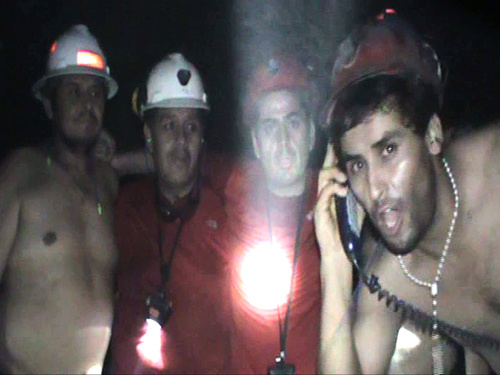 These 31 minute Suhbah in English can be viewed only at www.Saltanat.org. Click on 70 days Underground 19.Dec.2010. Saltanat TV is the Official Site of Maulana Shaykh Nazim that is sanctioned and approved by him personally.