Advice concerning the worship in the month of Sha’ban

(according to Shaykh Abdul Qadir Jilani (q) and our Naqshbandi Shuyukh)

Alhamdulillah, we are now in the early part of the blessed month of Sha’ban. Maulana Shaykh Nazim has advised all mureeds to recite between 500 and 1000 selawats (daroods) upon Rasulullah (saw) daily.

Below are some notes extracted from the Kitab, ‘Sufficient Provision for the Seekers of the Path of Truth’, by Shaykh Abdul Qadir Jilani (q).’

Speciality of the month of Sha’aban

The Prophet (saw) said, “Sha’ban is a month between Rajab and Ramadhan. People tend to neglect it, but that is when the deeds of His servants ascend to the Lord of All the Worlds, so I would rather mine rose up while I was fasting.”

Shaykh Abdul Qadir Jilani (q) said, “Far from being negligent during this month, therefore, every conscientious believer is obliged to exert himself in preparation for the coming month of Ramadhan, using the days that remain to get clear of sins and repent those committed in the past. One should beseech/beg Allah (‘azza wa jalla), through the Owner of the Month, Sayyidina Muhammad (saw), until the corruption of one’s heart is corrected, and the sickness of one’s inner being is cured.”

Note the secret revealed by Shaykh Abdul Qadir Jilani here: In this month, ask through the Owner of the Month….in his latest supplication (do’a) on Saltanat given just two days ago, Maulana was beseeching Allah to make us all pure ones, by the honour of His Most beloved, Sayyidina Rasulullah (saw). You may watch that do’a here.

How the Companions (Sahabah) approached Sha’ban

Anas ibn Malik (ra) is reported to have said: “When the Companions of the Prophet (saw) saw the new moon of Sha’ban, they would immerse themselves in reading their copies of the Qur’an. The Muslims would pay their zakat (harta) assessed on their wealth, thereby providing the means for the weak and the poor to fortify themselves in preparation for the fasting of the month of Ramadhan. The governors would summon the prison inmates, to carry out the sentences on those convicted of major offences under Islamic law, and to set the rest free. Businessman would set about paying their debts and collecting their dues. Then, when they saw the new moon of Ramadhan, they would bathe themselves and devote themselves to worship.”

So the middle of Sha’ban, may be on the 11th of  or 12th of May. As such, the night known as Lailatul Bara’a, the Night of Absolution, is either on Wednesday night, 10th of May 2017, or on Thursday night, 11th of May 2017. Once we have news from Maulana about this, we shall inform everyone.

The Night of Absolution has been called ‘blessed’, because it is a vessel for the mercy, blessing, benefit, pardon and forgiveness descending for the people on earth. The Holy Prophet (saw) said, “On the night of the middle of Sha’ban, Allah (‘azza wa jalla) descends to the heaven of this lower world and forgives every Muslim, except only the idolater, the bearer of malice (hasad), the breaker of family ties, and the woman who is sexually promiscuous (committing zina).” Also mentioned in another hadees, are that those who practice sorcery (sihir), or are addicted to wine, or who collect interest (riba’) are not forgiven, till they repent. Three hundred gates of Mercy open on this night, and they remain open till fajr.

In another hadees, Rasulullah (saw) said, “This night is when all births are recorded for this year, and every death is registered. This is when provisions are allotted to mankind, and their deeds and actions are gathered up.” On this night, it is recorded who will perform pilgrimage, and who will marry, in the coming year, and not one name will be added or omitted.

There is a special prayer to be done on this night, called Solatul Khair. The full adab of worship on that special night was posted on SufiHub last year. Please read it here.

Our Prophet (saw) used to stand the entire night in prayer on this night, according to Sayyidatina ‘Aisha (ra). This is the do’a that she heard Rasulullah (saw) recite while he was performing his long prostrations (sujud) that night, and the Holy Prophet (saw) told her to learn it and teach it, for Sayyidina Jibrail (as) had taught it to him (saw):

“Prostrating before You are my form and my spirit, and my heart is in Your safekeeping. I acknowledge Your favours, and to You I confess my sin, I have wronged myself, so forgive me; surely none forgives sins, but You. I seek refuge with Your pardon from Your punishment, with Your mercy from Your vengeance, with Your approval from Your displeasure. I seek refuge with You, from You. I do not call Your praises, for you are as You have praised Yourself.”

In addition to Solatul Khair, this is another special Solat done on this night. It is a 4 raka’at prayer, done at one go with one salam at the end, that is done, so that the reward of it is donated to all people whom you have harmed and sinned against, so that Allah will use the reward to satisfy their claims on the Day of Resurrection, if He so wills.

It is done as follows:

Then donate the spiritual reward of the performance of this prayer, to all those enemies who will have a claim against you on Judgement Day.

This solat must be done on 7 specific occasions:

Spend that night in worship

In order to observe the Night of Bara`a, one should remain awake on this night as much as possible. If someone has the opportunity, he or she should spend the whole night in worship and prayer. However, if one cannot do so for one reason or another, he can select a considerable portion of the night, preferably the second half of it, for this purpose, and one should perform Solatul Khair and Solatul Khusamah.

The Night of Bara`ah is a night in which special blessings are directed towards the Muslims. Therefore, this night should be spent in total submission to Allah Almighty, and one should refrain from all those activities which may displease Allah.

Fast and sacrifice of the 15th Sha`ban

Besides fasting, our Shuyukh also perform a sacrifice of a goat/sheep (kurban) on this day, as a ransom for oneself and one’s family, and distribute its meat to the needy.

“Anyone who fasts on the last Monday of Sha’aban will be granted forgiveness.” This year (1438), the last Monday falls on the 22nd May 2017. One can also make intention to also fast as a Sunnah on that day as Prophet (saw) used to fast on Mondays and Thursdays, and one can also make intention to pay back a missed compulsory fast on that day too (qada’).

In many Hadeeth, it is reported that Prophet Muhammad (saw) fasted more in Sha’ban than in any other month. So you may want to fast frequently too in this month, not just on the 15th and the last Monday of Sha’ban. 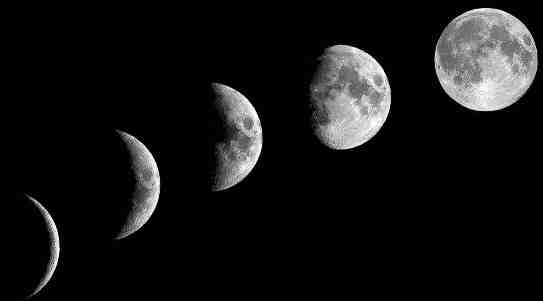 This entry was posted in Notes. Bookmark the permalink.