Living in a Palace

(This Suhbah was given to a group of Iranian mureeds who had visited Maulana. When asked where he was studying, one of the mureeds took out a picture of a Spanish Palace, opposite which was his University. This student remembered the time when Maulana had visited Spain a long time ago, with Shaykh Abdul Wahid. Maulana took the photograph, and gave a Suhbah about Kings who lived in the palace, who forgot that they would die, who thought they would live in that Palace, forever.)

O ye Children of Adam! let not satan seduce you in the same manner as he got your parents out of the Garden, stripping them of their raiment (clothing), to expose their shame: for he and his tribe watch you from a position where ye cannot see them: We made the Evil ones friends (only) to those without Faith. (Surah Al-A'raf 7:27)

He [Shaitan] makes promises to them, and arouses in them false desires; and Shaitan’s promises are nothing but deceptions. (Surah An-Nisa 4:120)

Does it not teach them a lesson, how many generations We destroyed before them, in whose dwellings they (now) go to and fro? Verily in that are Signs: do they not then listen? (Surah As-Sajdah 32:26) 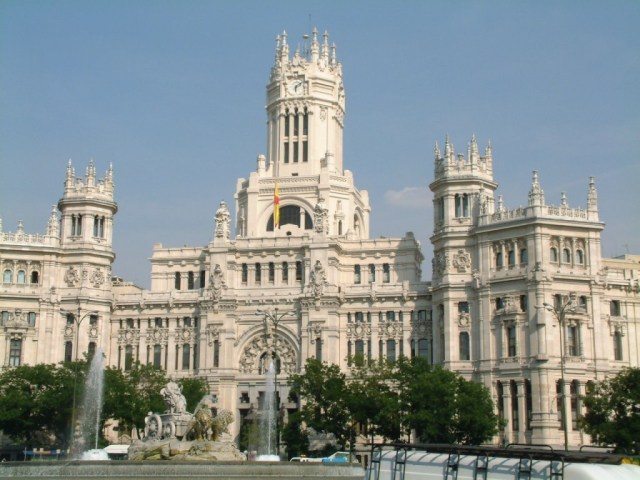 A similar story was told in the Qur’an, of Qarun, who lived and perished in the lifetime of Sayyidina Musa (as).

Qarun was doubtless, of the people of Moses; but he acted insolently towards them: such were the treasures We had bestowed on him, that their very keys would have been a burden to a body of strong men: behold, his people said to him: “Exult not, for Allah loveth not those who exult (in riches). (76) “But seek, with the (wealth) which Allah has bestowed on thee, the Home of the Hereafter, nor forget thy portion in this world: but do thou good, as Allah has been good to thee, and seek not (occasions for) mischief in the land: for Allah loves not those who do mischief.” (77)He said: “This has been given to me because of a certain knowledge which I have.” Did he not know that Allah had destroyed, before him (whole) generations― which were superior to him in strength and greater in amount (of riches) they had collected? But the wicked are not called (immediately) to account for their sins. (78) So he went forth among his people in the (pride of his worldly) glitter. Said those whose aim is the life of this World: “Oh that we had the like of what Qarun has got! for he is truly a lord of mighty good fortune.” (79) But those who had been granted (true) knowledge said: “Alas for you! the reward of Allah (in the Hereafter) is best for those who believe and work righteousness: but this none shall attain, save those who steadfastly persevere (in good).” (80) Then We caused the earth to swallow him up and his house; and he had not (the least little) party to help him against Allah, nor could he defend himself. (81) And those who had envied his position the day before began to say on the morrow: “Ah! it is indeed Allah Who enlarges the provision or restricts it, to any of His servants He pleases! Had it not been that Allah was gracious to us, He could have caused the earth to swallow us up! Ah! those who reject Allah will assuredly never prosper.” (82) That House of the Hereafter We shall give to those who intend not high-handedness or mischief on earth: and the End is (best) for the righteous. (83) If any does good, the reward to him is better than his deed; but if any does evil, the doers of evil are only punished (to the extent) of their deeds. (84) (Surah Al-Qasas 28:76-84)

This 26 minute Snippet in English, can be only be watched at www.Saltanat.org, choose from the menu on the right, ‘In A Palace 04.Dec 2010′. There is a CC button next to the Volume control at the bottom of the screen to choose choose subtitles in eight languages, choose from Arabic, Bahasa Indonesia/Melayu, German, English, Spanish, Italian, Russian and Turkish. During Live Suhbahs, the buttons at the top provide Live Audio Translations into other languages. Should the video no longer be there, please look for it under the video archives of the Saltanat TV site. No other site carries this video. Saltanat TV is the Official Site of Maulana Shaykh Nazim that is sanctioned and approved by him personally. All rights reserved.