Don’t let strangers into your home

Rasulullah (saw) also brought the same message, he said, “I am inviting you to La ila ha illallah, Muhammadun Rasulullah.”

O Messenger! Make known that which hath been revealed unto thee from thy Lord, for if thou do it not, thou wilt not have conveyed His message. Allah will protect thee from mankind. Lo! Allah guideth not the disbelieving folk. (Surah Al-Ma'idah 5:67) 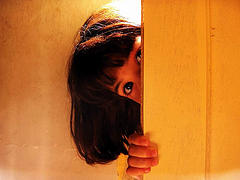 And it is His Will, is that you share you heart (His House) with no one else!

You cannot have two masters in One heart. Choose Your Lord over dunia! 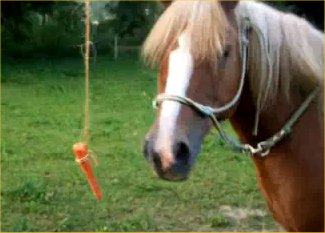 If our intention is to seek Allah’s Pleasure, all our lives, we run towards it. But once the carrot is moved in a different direction, the horse changes course. Hence the hadees, “Every deed, is by its intention.” Keep our intention firmly on course – to seek His Pleasure, to make Him pleased with us.

The Hypocrites will be in the lowest depths of the Fire: no helper wilt thou find for them.― (Surah An-Nisa 4:145)

What would happen in a marriage, if a man proclaims his love for his wife, yet has a secret lover who he has an affair with? What is on his tongue and in his heart is different. That is hypocrisy. Once the wife finds out, a divorce is very likely to occur. Oh believers, you cannot afford to be ‘divorced’ from Allah, which is why Rasulullah (saw) taught Fatimah (ra) this famous doa, “Oh Allah, do not leave me to my ego/desires, even for the blink of an eye!” We cannot afford to be away from Allah even for an instant. But if we are having an ‘affair’ with our ego, we are at that instant, away from Allah. Be sincere, and leave hypocrisy. The Prophet (saw) said, “The signs of a hypocrite are three. When he speaks, he lies. When he makes a promise, he breaks it. And when he is given a responsibility, he doesn’t fulfill it.” Take a good, hard look at yourselves.

The Muslim Empire ruled the world for so many years. The Quran remains the only preserved Book in history. Not one contradiction has been found in it with modern Science, in fact, on the contrary, it contains so much that Scientists are learning from. The Prophet’s behaviour, as documented in Traditions, is spotless and perfect. He is an example in every aspect of his life. Not one scandal or contradiction has ever been seen in the Hadees, every ‘prediction’ has been spot on. On top of that, the ideology and teachings bring Man to the pinnacle of perfection – love, tolerance and patience.

All this from one man in the desert, who had little human support and help and no technology to depend on? Oh people of all faiths, open your eyes, remove the bias that has blinded you thus far (from the imagery and stereotyping and propaganda in the media), and ask yourself – “is it possible that this miraculous man with a miraculous message, has something for me too?” Sayyidina Muhammad (saw) was sent to all of Mankind, and that includes you. At least give yourself a chance to listen to the message he brings, you have nothing to lose, and everything to gain.

If you would like to listen to the actual Suhbah by Maulana Shaykh Nazim when it was recorded, please click here. Once at the site, please click on the Sohbat 19 Oct 2010.