The Kingdom of Heaven on earth

Have you not thought about the group of the Children of Israel after (the time of) Musâ (Moses)? When they said to a Prophet of theirs, “Appoint for us a King and we will fight in Allâh’s Way.” (Surah Al-Baqarah 2:246) 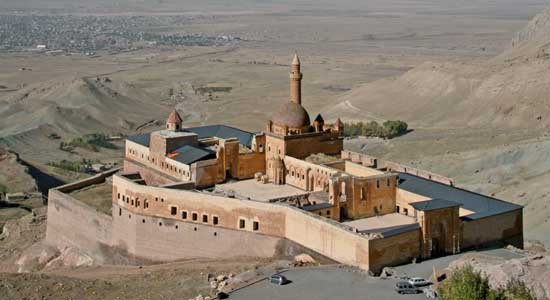 Ishak Pasha Palace, or Ishak Pasa Sarayi as it is known in Turkish, is one of Turkey’s most stunning Ottoman palaces. The Ishak Pasha Palace complex, which includes a mosque, was built between 1685 and 1784 by the Ottoman governor, Ishak Pasa, and is a mixture of Ottoman, Persian and Seljuk styles. Ishak Pasha Palace is set in an isolated location, and part of its unique character is undoubtedly its remote setting. on what was once an important trading route and its appearance is stunning.

If you would like to listen to the actual Suhbah by Maulana Shaykh Nazim when it was recorded, please click here. Once at the site, please click on the Sohbat 16 Oct 2010.