A question posed by the disciples of Jesus: 11th October 2010

A question posed by disciples of Jesus

And when thy Lord said unto the angels: Lo! I am about to place a viceroy in the earth, (Surah Al-Baqarah 2:30)

Behold! the Disciples said: “O Jesus the son of Mary! Can thy Lord send down to us a table spread with food from heaven?” Said Jesus: “Fear Allah if ye have faith.” (Surah Al-Ma'idah 5:112)

Said Jesus the son of Mary: “O Allah our Lord! send us from heaven a Table-spread of food, that there may be for us – for the first and the last of us a solemn festival and a sign from Thee; and provide for our sustenance, for Thou art the best Sustainer (of our needs). (Surah Al-Ma'idah 5:114) 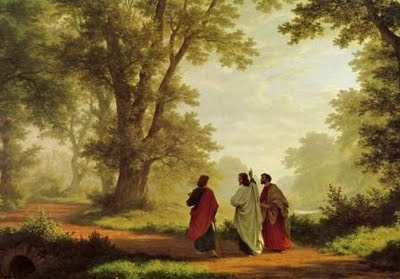 If you would like to listen to the actual Suhbah by Maulana Shaykh Nazim when it was recorded, please click here. Once at the site, please click on the Sohbat 11 Oct 2010.